Her Journey With SDA-Insights from Former SDA President

I started being interested in Diversity when I took my first Spanish class in High school in Shakopee! I have traveled throughout Europe and parts of the Middle East so when in 2012 I was working as a Spanish translator/community resources coordinator for River Valley Nursing Clinic, (free health clinic next to CAP Agency) and the public health nurse asked me to attend Mayor Brad Tabke’s “Diversity Summit,” I said sure! It had an astounding 140 attendees and when the diverse crowd was asked, “what’s the best thing that’s working in Shakopee?,” and they all stood up cheering and clapping, saying, “CAP Agency,!” with everyone smiling and looking at me, I had to keep attending monthly meetings until we became our own 501c3 non-profit.

We have organized community events such as the yearly International Festival, Candidate Forums, Health & Legal events for immigrants, The Truth About Islam, Do’s & Don’ts when getting pulled over by police, Somali mini-grants to YMCA so women can swim while maintaining their cultural norms of privacy, being the fiscal agent to the all inclusive “playground for all” in Shakopee and eventually becoming president in the last 2 years! It’s been a very busy and rewarding tenure these last 8 years with the mutual goals of the CAP Agency melding into the partnership between libraries, Community Ed, St. Francis, Shakopee Mdewakanton Sioux Community, public health, Shakopee Community Assistance, Shakopee Police Department, Scott County Sherif,  local churches, Shakopee Historical Society, Shakopee school district, and many more local civic service groups to collaborate and spread unity against prejudice and hate! No small task but we have to keep striving to spread truth and knowledge to all who will listen.

I have enjoyed making Shakopee more welcoming to all new residents while honoring past traditions. My original goal of using my BA in International Relations while working in a foreign country; transformed into working right at home with all of the rich, cultural diverse populations we have in Shakopee! Thank you to the SDA and thank you CAP, in the 30 years I’ve worked there, for helping me achieve this goal! 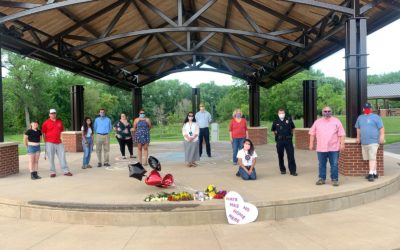 This Holiday Season Partner With Us By Becoming a Sponsor!

Dear Community Member: This holiday season we invite you to partner with the Shakopee Diversity...

The Need to Speak Out

For 8 minutes and 46 seconds I held my breath and when I exhaled I wasn’t the same. All the pain...

SDA will host “Shakopee People of Color Together: A Community Listening Session”